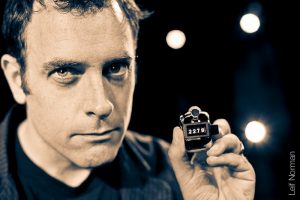 Founder and Artistic Director of Monster Theatre, Ryan is the creative force behind Monster Theatre, though he loves collaborating with other artists. Ryan has written, co-written, produced, directed or acted in every Monster Theatre production. Ryan holds a BFA in Acting from the University of Calgary, an MFA in Directing from the University of British Columbia and is a 10 year veteran of Calgary’s Loose Moose Theatre. Ryan is currently working as a writer, director, actor, teacher and improviser in Vancouver. Ryan is happily married to the beautiful and talented Michelle Field and they have two children Felix and Beatrix. 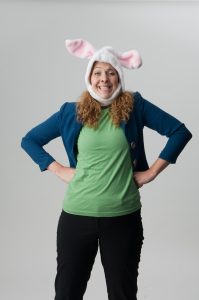 Tara Travis is an actor-writer-puppeteer and former Artistic Producer of Monster Theatre with whom she has co-created and performed Shakespeare’s Dream (original adaptation of A Midsummer Night’s Dream) Who Killed Gertrude Crump?, Til Death: The Six Wives of Henry VIII, Houdini’s Last Escape, Lavinia: A Modern Fairy Tale of Gigantic Proportions, The Shakespeare Show, 12 original adaptations of Classics of Literature with Mini Masterpieces, and the Jessie-award winning The Little Prince. Upcoming is a new creation for Secondary School audiences: We Now Know: The Complete History of Science. Other select stage credits include The Wizard of Oz (Gateway Theatre), Rip! A Winkle In Time (Axis Theatre), and Leading Ladies (Gateway Theatre). She is also co-founder and Artistic Director of Sticky Fingers Productions, with whom she has co-created and performed in The Unfortunate Ruth (PTC New Play Prize recipient), Herewithal: A Paranormal Comedy, (also produced asSearching for Dick) Down the Drain (a puppet traumedy), Swamp Lake: a stormy puppet ballet and Fluffy 10th Street to name a few.

She lives in Vancouver with her wonderful husband Jim, and their ridiculous meatloaf of a rescue dog, Pita. 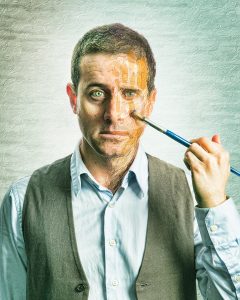 Bruce Horak is a visually-impaired performer/creator originally from Calgary, Alberta.  He has spent the last 8 years travelling with his white cane, painting, performing, and living his dream.  His monthly publication, “HoboSapien Chronicles” capture his life and times and can be subscribed to through the website which also hosts his visual art: brucehorak.com.

For Monster Theatre (performer/creator): The Canada Show, The Big Rock Show, Fringe Show, The History of the Future, Freud VS His Ego, No Tweed Too Tight, Assassinating Thomson 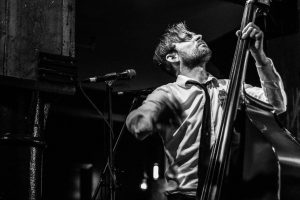 Jeff has been Ryan’s brother as far back as he can remember. Early projects together included “Kids in Space” and “Let’s take our pet iguanas to show and tell”. When Ryan formed Monster Theatre, Jeff was an instant fan, and joined up for The Canada Show & The Big Rock Show, touring fringe festivals, schools and theatres across Canada from 2002 until some lost night a few years back. Jeff still finds ways to get involved in Monster projects as music composer/director, writer, outside eye, audience member, volunteer, festival producer and enthusiastic fan. In between all that, Jeff can be seen at Bard on the Beach, acting (2015, 2016, 2018) and teaching all-ages Shakespeare workshops; at Vancouver TheatreSports on Granville Island where he’s been a mainstage ensemble member and teaching faculty since 2000; glimpsed on TV and film projects like iZombie (CW), The Killing (AMC), Motive (CTV), Drawing Home (MYRA Ent), and the upcoming feature Kingsway by Bruce Sweeney. Jeff’s music project, Jeff Gladstone & The Bad Ideas has two albums available on all your online music devices, and his website www.jeffgladstone.com 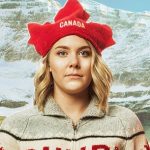 Alex is graduate of the musical theatre program at Capilano University. Since graduation she has worked across Canada in theatre, TV/film and sketch comedy. Favourite credits include Sandy in Grease (Footlight), Gertie in Oklahoma (RCMT), Kate Murphy in Titanic (TUTS), Cool Line XL3 in Broken Sex Doll (Virtual Stage) and Sheila in Hair (Renegade). Alex was the recipient of an Ovation Award for “Outstanding Ensemble Member” in 2012. Alex is currently training in improv at Blind Tiger Comedy as well as performing with Rookie League at Vancouver Theatre Sports. She started working with Monster on The Canada Show in 2017 and is excited to be part of such a fun, supportive and creative family. 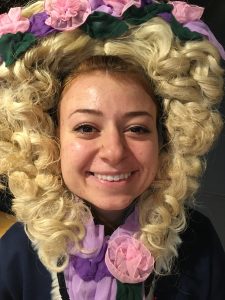 Sydney Hayduk has dabbled all over the theatrical world. From Technician, to Stage Manager, to Production Manager, to Producer, to Writer, to Performer; this Young Lady is hooked on making magic onstage. Coming from Winnipeg’s cold climate, she never could stand still. Sydney is the Artistic Director and Co-Founder of her production company Peachy Keen Productions. She is really honoured to be an official ‘Monster’. When Sydney isn’t writing or working in theatre, she spends her time trying to change the world with her positive messages and bangin’ hairstyles.

He is a violin virtuoso who has played with various orchestra’s across the continent, the Hollywood Bowl and the Playboy Mansion – just to mention a few. Drew currently lives in Toronto indulging in a dirty little secret life playing Jazz! (www.hogtownsyncopators.com)

Jon has been an active member of the Canadian theatre community for the past 25 years and has performed in numerous theatres and festivals including the Centaur Theatre and Just For Laughs Comedy Festival (Montreal), Canoe Theatre Festival, Workshop West and Mayfield Theatre (Edmonton), Rogue Festival (California), Living Arts Centre (Mississauga), Vertigo Mystery Theatre (Calgary), the Winnipeg Improv Festival and the Vancouver Comedy Festival.

Jon received his training at MacEwan University, where he studied both theatre arts and production. He has also trained with master clown Mike Kennard (Mump & Smoot) and has honed his improv skills at Second City Toronto.

Jon is currently the co-artistic and technical director of the Astor Theatre in Liverpool, Nova Scotia.

Frankie is from Gibson’s where he grew up training at Dance works academy in Tap, Jazz, ballet, and Hip Hop. From there he went on to train at Capilano University for the musical theatre program. A long with theatre, Frankie also performs original music with his band, When They Rise.

Mack Gordon is a Vancouver based theatre artist. He studied Applied Theatre at the University of Victoria. As a writer, his full-length plays have been produced by Alley Theatre (Three Stories Up – developed by Playwright’s Theatre Centre), ITSAZOO Productions (Debts, Five Red Balloons), and Level-Headed Friends (Six Fine Lines, Shake the Sheets!, Dead Celebrities). He’s had short plays produced by Western Canada Theatre (The Ballad of the Burning Lady), UPINTHEAIR Theatre (Visitors), and SUM Theatre’s Pull Festival (The Rosary, Washington Square, Peter Bogdanovich, Daydreaming). He was an Apprentice Director with Bard on the Beach working alongside Meg Roe in 2014. He has also worked as an assistant and studied directing under Sara-Jeanne Hosie and Ron Jenkins. His other directing credits include bash: the latter day plays by Neil Labute for Hardline Productions and Munsch Upon a Time adapted by Debbie Patterson for Project X Theatre in Kamloops, as well as touring across British Columbia. His role as an actor has seen him work with such companies as The Arts Club Theatre, Pacific Theatre, Green Thumb, Carousel Theatre, Chemainus Theatre Festival, and others. www.mackgordontheatre.com. @mackgord on twitter.

Writer (WE NOW KNOW: The Complete History of Science)

Peter is a Vancouver based film-editor, actor, writer and comedian. Almost ten years ago, he started the critically acclaimed duo ‘Peter n’ Chris’ with comedian Chris Wilson which you can see online, and in live tours across Canada and the US.

Keagan is a graduate of Studio 58. Living with a love of and passion for lighting. Recent design credits: Graceless Grace (Spider Hands…), Euphio Project (Little Mountain Lion) Lion in the Streets (Resonance Theatre) Alma: Story of The Girl Who Glowed (East Van Opera), Marrow (Resounding Scream & Alley Theatre), Awkward Conversations With Animals I’ve F*cked (Stages Theatre Co.), Peter Pan (Mulgrave), Award winning Fringe show Fighting Season (Hardline & Bleeding Heart), Elbow Room Cafe: Phase One (Studio 58 & ZZ Theatre), and Wait Until Dark (Naked Goddess). They love playing with the emotions of lights, and how lighting affects the tone and reality of what is being poured out on stage. Playing with the psychology of lighting and colour throaty.

Katherine Sanders is a producer, performer and writer who trained at the Loose Moose Theatre in Calgary. Co-writer and performer in the first ever Monster Theatre show Fairy Tale: The Choose Your Own Adventure Play and co-writer and performer in Jesus Christ: The Lost Years. Katherine’s other Fringe work includes a kids’ show called The Super Secret Subway Society and a show for grownups called Spoiled Child Saves the Polar Bears. Katherine lives in Toronto, where she is currently the Associate Producer at Young People’s Theatre. Previously she spent five years producing the HarbourKIDS Festivals at Harbourfront Centre.

Christopher Bange is a magician, clown, and actor from Seattle, WA. He received is BA in Theater from Western Washington University and then went on to study clown and other physical theater forms at Dell’arte: International School of Physical Theater in Northern California. Since then he has been acting, creating and producing his own plays, and doing magic in the greater Seattle area. Chris has created original plays such as Is This Your Duck?, The Red Nose, Have You Seen My Dog?, at the Seattle Fringe Festival. He then went on to independently produce and tour nationally and internationally, The Case of the Vanishing Crown Jewel: A Ziplock Holmes Mystery, The Excursionist 1 and 2, More Bange for Your Buck!, The Medicine Show, The Fat Guy Show, Sherlock Holmes and the Case of the Hansom Cab Killer!, Breaking Bange, and had a hell of a time with Monster Theater in Houdini’s Last Escape.  Chris is Currently finishing up his MFA in performance and pedagogy at Cal State Long Beach, in Long Beach, CA.

(Director for The Canada Show and Adapter and Director of The Macbeth Show: F&%king With Shakespeare)

(Director for The History of the Future)

(Actor in The Canada Show)

(Actor in MTYP Production of The Canada Show)

(Director of the first production of The Canada Show)

Lighting Designer (The History of the Future)