Founded in 2000 Monster Theatre creates original plays that challenge preconceptions, excite imaginations and embody the way of the Monster: strange, twisted and bizarre on the outside, but always with a noble heart.

Monster Theatre produces work that engages the hearts, brains and guts of all audiences; comedies that excite intellectuals, histories that shock teenagers, and theatre for young audiences that makes adults roll on the floor laughing.

JULIET: A Revenge Comedy a FACEBOOK LIVE STREAM
SATURDAY APRIL 4 @ 6:00pm PST
DONATE HERE!
This 5 star comedy is coming at you via Facebook Live as part of the National Arts Centre #CanadaPerforms Series! Stream this hit show from the comfort and safety of your home! Hot off a completely sold out run at the Winnipeg and Edmonton Fringes, this is your exclusive chance to catch this show in action.
Written by: Pippa Mackie and Ryan Gladstone
performed by: Pippa Mackie, Carly Pokoradi and Ryan Gladstone
As our summer tour is currently on hold, we are asking all to consider making a donation so we can continue on with this show once we are able to gather in theatre’s again! Thank you in advance for supporting the arts during this difficult time!
DONATE HERE!
What if JULIET doesn’t kill herself?
JULIET: A Revenge Comedy is a fast-paced, action adventure comedy that follows Juliet on the literary adventure of the century. Juliet, played by Canadian Comedy Award nominee Pippa Mackie, refuses to die for someone she just met two days ago. She recruits a team of Shakespeare’s most famous female characters (all played by Carly Pokoradi) to find out why they’ve been forced to die! CAN THEY ALTER THEIR FATE?!
The show includes: quill fights, barge chases and killer snakes!
“This is one of the best. Give yourself a treat.” – Liz Nicholls (Edmonton Fringe Review 2019)
How will it work on Facebook live!
Join us as we perform the show from beginning to end from the safety of our individual homes. Streaming is new for all of us and we accept and welcome this challenge! It’s live, it’s raw, it’s going to be a rocking good time.
LET’S GO ON A JOURNEY!
BIG BIG THANK YOU TO Facebook, Slaight Music and the National Arts Centre for orchestrating this opportunity!
*  *  *  *  *

WE NOW KNOW: The Complete History of Science Hopefully postponed to Fall 2020

Theatre Under the Gun April 21st @ Live Via the Internet!!! 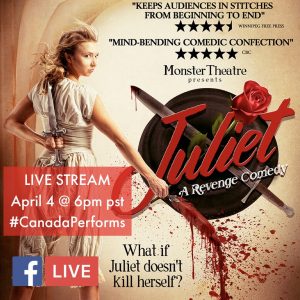 We are holding auditions for a short Fringe tour this summer of Juliet: A Revenge Comedy. We are looking... read more 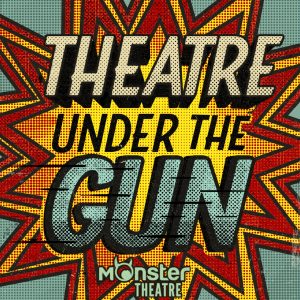 Here is the link to the newsletter about it https://mailchi.mp/7744574bde27/theatre-under-the-gun-applications-are-available Here is the APPLICATION FORM The deadline is Feb 7th... read more 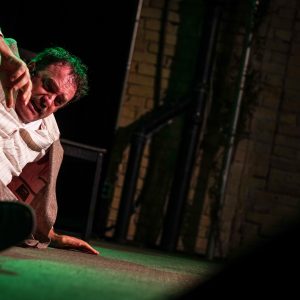 Canyon’s back in Vancouver

ONE NIGHT ONLY! No Tweed Too Tight: Another Grant Canyon Mystery is coming to Vancouver Oct 26th @ the... read more