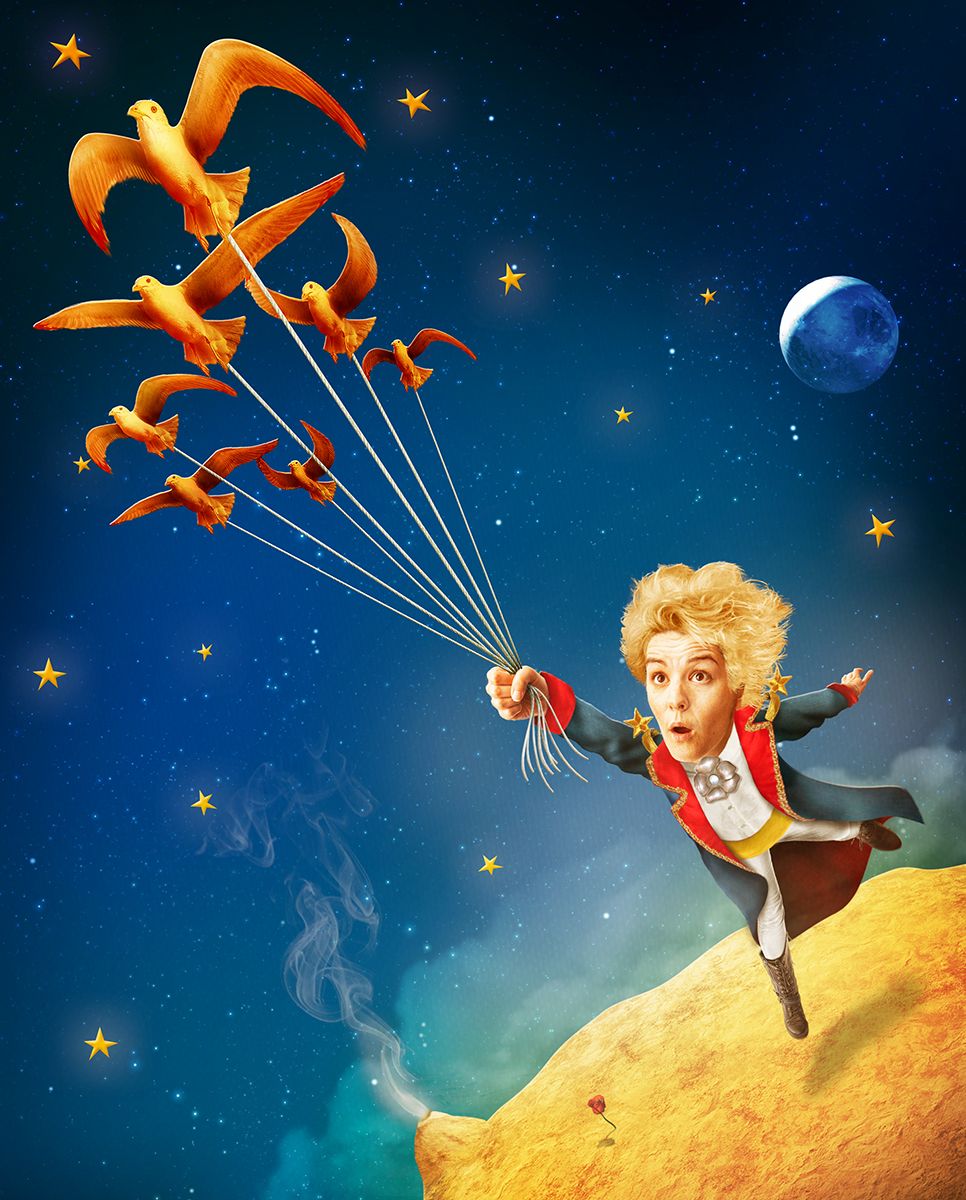 The Little Prince has only ever known his little planet, Asteroid 325. A planet so small that it is possible to witness the sunset fourty-four times in one day, where a single rose can believe it is the only one of its kind in the universe, and if a single baobab tree sprout were allowed to grow, it would swallow the planet up with its roots! Today, The Little Prince will leave his planet to explore the cosmos and have his life changed forever. 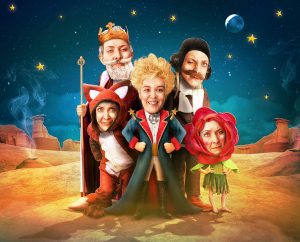 In Monster Theatre’s adaptation, award-winning director/playwright Ryan Gladstone brings The Little Prince‘s journey to life on the stage in surprising, and at times, hilarious ways. Nancy Kenny (“a charmer…undeniably original!” -Montreal Gazette) plays The Little Prince with wonder, athleticism, and a comedic commitment to French, the original language in which the tale was penned. Actor/puppeteer Tara Travis (“A standing ovation followed Travis’ tour-de-force-performance” – London Free Press) plays everyone else; from the Prince’s beloved rose, to the narrator pilot, to the occupants of various planets, to a wily snake, and more. 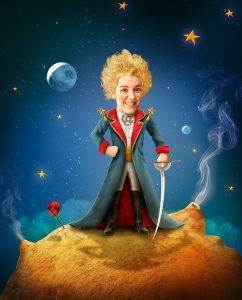 Meet talking roses and foxes! Venture out on interplanetary travel! Learn about true love and loyalty! Join The Little Prince on a spectacular adventure as he celebrates open-mindedness, open-heartedness and the beauty of imagination. With puppets, masks, original music and a little theatre magic, the storytelling experts of Monster Theatre capture the hearts and funny bones of audiences of all ages as they bring Antoine de Saint-Exupéry’s cherished novella to life.